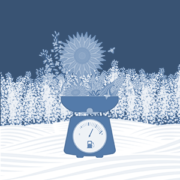 Since the food price crisis of 2006-2008, there has been a lively debate about the impact of biofuel demand on food markets, prices and security, with some biofuel advocates characterising the idea of competition between food and fuel as a ‘myth’. This review for Transport and Environment and Birdlife Europe shows that there is an extensive literature supporting the belief that biofuel demand is likely to cause food prices to rise, and that these price rises will result in significant wealth transfers from consumers to producers and have negative welfare implications for poor households in the developing world. Far from reflecting ’emotional’ responses divorced from the available evidence, concerns about the impacts of biofuel demand on global poverty are well supported and legitimate – while the flat denial that biofuel demand affects food markets is disingenuous and divorced from the mainstream of expert opinion. On the other hand, biofuel demand is only one relatively small factor in the overall picture of global food insecurity, and the benefits of biofuel policy should be compared soberly to the potential negative externalities.