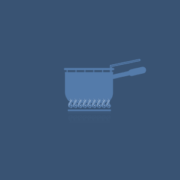 In a blog post just under a year ago I heralded the generally positive qualities of the European Commission’s proposal for a revised Renewable Energy Directive for the period 2021-2030 (RED II). Since then, both the European Parliament and the European Council have started to develop their positions on the legislation. Plenty of organisations have proffered opinions on some of the big picture questions posed by the Directive (what should be the level of ambition for advanced biofuels, what cap would be appropriate for food-based fuels and such), and I don’t intend to revisit any of those questions today. Instead, I’d like to talk about a few details in the draft regulatory language that might represent a real problem down the line if the Directive is implemented. Without further ado therefore, and embracing the clickbait conventions of the zeitgeist, here’s a Cerulogy listicle:

The proposed RED II caps the extent to which food-based biofuels can be used to meet renewable energy targets at 7%, but it creates a get-out for food-based fuels that meet the definition of being, ‘low indirect land-use change-risk biofuels and bioliquids’. The idea of low ILUC-risk biofuels has been around for years, and it’s fundamentally a sensible idea. If displacing existing uses of food-commodities causes ILUC, why don’t we just avoid displacing existing uses? It’s an idea that was supported in the Gallagher Review, and that I myself have spoken in favour of on several occasions. The problem (as I pointed out in a blog for the ICCT a few years ago) is that it’s not enough to just say that a biofuel has low ILUC risk – this has to be robustly demonstrated, and demonstrating it is complex. If the oversight systems don’t work, you will very quickly end up certifying biofuels as ‘low ILUC risk’ even though they are nothing of the kind. Unfortunately, the current language of RED II is incredibly vague on the subject. The definition given for a low ILUC risk biofuel is that the feedstock must be ‘produced within schemes which reduce the displacement of production for purposes other than for making biofuels and bioliquids’. The definition doesn’t say how much displacement should be reduced. To avoid ILUC completely it would have to be reduced by 100%, but what about a scheme that reduces displacement by only 10%, or only 1%? Given the proposed language, Member States may find it difficult to put robust requirements in their national implementations. Before you know it, the EU will be up to its neck in palm oil from replanting programmes getting certified as low ILUC risk – even if the programmes deliver only modest yield improvements and the true ILUC impact of the palm oil is still very high indeed. The solution? The language of the Directive should be revised from ‘reducing’ displacement to ‘avoiding’ displacement, and a delegated act should be added for the European Commission to define robust protocols to evaluate schemes. Further discussion of the challenges of ILUC mitigation is available in this ICCT paper.

The proposed Directive allows electrofuels (fuels that are produced by electrolysing water to produce hydrogen and reacting the hydrogen with carbon monoxide or dioxide to produce hydrocarbons, referred to as ‘renewable fuels of non-biological origin’ in the proposed Directive), to be counted towards the transport sector obligation for renewable energy use. This is reasonable enough – liquid fuels produced from renewable electricity present much lower sustainability risks than most biofuels, and electrofuel technologies would provide a valuable additional option for producing low-carbon drop-in liquid fuels. The problem is that way that electrofuels are counted towards overall Member State renewable energy targets. Whereas advanced biofuels are counted based on the energy content of the fuel, it is proposed that electrofuels would be counted based on the amount of electricity required to produce them. Because the efficiency of conversion of electricity to drop-in fuels will be only about 40% with currently available technologies, that means that electrofuels would count two and a half times more to overall targets than advanced biofuels would. Why is this a problem? Because that means that if a Member State uses electrofuels instead of biofuels for the transport target, there is a reduced requirement for renewables in heat and power, reducing the true ambition of the renewables target. Indeed, the less efficient electrofuel production is the less renewable energy in heat and power will be needed to meet targets. The solution? Count electrofuels in the overall Member State target by the energy delivered to transport, not the energy used to produce them. Watch this space for a forthcoming Cerulogy report on electrofuels.

3.    No mechanism to deal with developing ILUC science

If there’s one thing that everyone seems to agree on about the ILUC discussion since 2009, it’s that it created uncertainty for investors considering entering the biofuel market. The draft Directive seems to be trying to create certainty by writing in ILUC values and sticking to them – the Annexes include estimated average values, and ranges, for three groups of biofuels (starchy, sugary and oily). Anything without a value is assigned an ILUC estimate of zero, and there appears to be no accommodation for the values to be revised to reflect new evidence. Also, while the initial proposal provided a general power for Member States to “distinguish between different types of biofuels and bioliquids produced from food and feed crops”, the latest Council edit restricts that power to “categories set out in Annex VIII”. That appears to mean no distinction between different feedstocks in a category. Given that more recent ILUC analysis for the Commission suggests, for instance, that palm oil biodiesel could have four times the ILUC of some other vegetable oils, it seems both shirt-sighted and ill-judged to preclude Member States from taking evidence on differences in ILUC impact into consideration. More generally, while there are certainly those in industry who believe that locking in ILUC estimates in this way reduces future uncertainty, I disagree. Rather than preventing ILUC from becoming an issue again in the 20s, I think this rigidity almost guarantees it. By preventing the Commission from adjusting to new science through delegated acts, the proposed Directive guarantees that every time new evidence on ILUC comes to like, there will be calls to reopen the Directive entirely with new legislation. For the advanced alternative fuels industry, that increased risk that the Directive could be subjected to wholesale revision before 2030 can only be a barrier to fundraising. The solution? Provide greater leeway for Member States and/or the Commission to react appropriately to existing and new evidence on ILUC and other sustainability problems.

Fingers crossed for good outcomes as the process moves forward!

* Clickbait titles are just the worst aren’t they?