As we highlighted in our report ‘For peat’s sake’, there is a well documented link between increasing palm oil demand, expansion of the cultivated area of palm oil plantations and destruction of forest and peatland ecosystems in Southeast Asia. Despite this link, and several studies suggesting that the use of biofuels produced from palm oil may cause more greenhouse gas emissions than consumption of the fossil fuels they replace, many countries still have biofuel support policies under which palm oil based biofuels are eligible to receive support. In our new report, ‘Driving Deforestation’ we review the status of biofuel policy driven demand for palm oil, and consider three scenarios for potential biofuel-driven palm oil demand between now and 2030. While some regions, notably the European Union, are considering measures that could reduce biofuel-driven palm oil demand in the coming decade, several other policies are currently set to drive dramatic increases in palm oil consumption. The largest sources of potential demand growth are the Indonesian domestic market, where a 30% target for blending biodiesel could generate 19 million tonnes of palm oil demand by 2030 (a 16 million tonne increase), and the aviation industry commitment to switch to alternative aviation fuel, which could generate 19 million tonnes of additional palm oil demand by 2030 if no controls are placed on the feedstocks eligible for support. If current land use trends continue, following the high scenario globally could cause cumulatively result in 7 billion tonnes of additional carbon dioxide emissions from land use change over the two decades from 2018 to 2038, as compared to a case in which biofuel-driven palm oil demand was eliminated. In a more likely ‘medium’ scenario, there could still be 3 billion tonnes of additional carbon dioxide emissions from land use change compared to a phase out of demand. The full report is available at the link below: 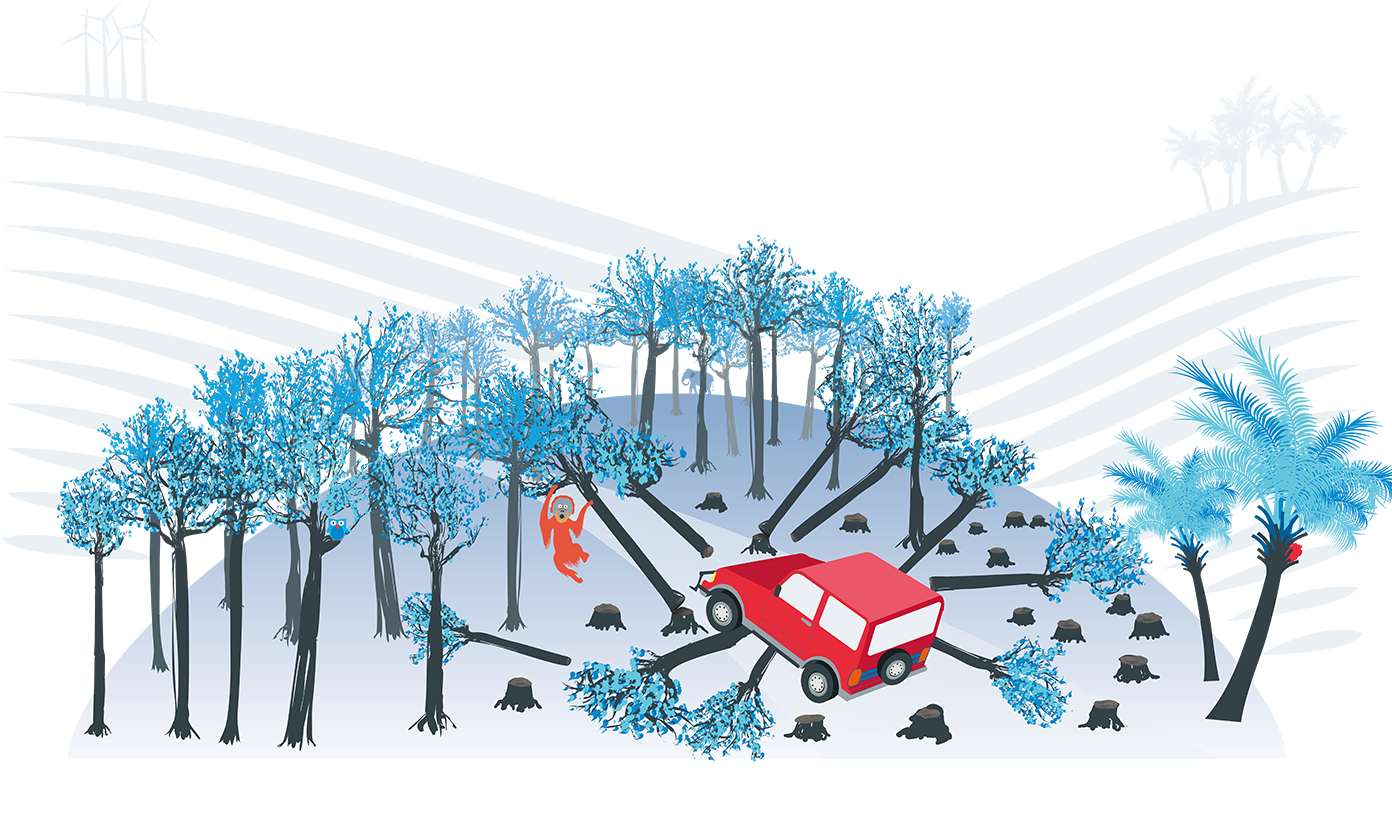