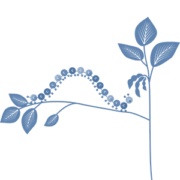 The United States is in a period of rapid expansion of vegetable oil hydrotreating capacity, which will greatly increase the potential to supply renewable diesel and renewable jet fuel under the Renewable Fuel Standard and state-level policies. This report for the International Council on Clean Transportation reviews the prospects for the industry, identifying the potential for a five-fold expansion to more than 5 billion gallons per year by 2024. This could create up to 17 million metric tons of additional demand for oils and fats, only a fraction of which could be met through forecast increases in domestic soy oil production and increased utilization of waste and residual oils another 150 million gallons. Beyond this, increasing production would mean either an expansion of domestic soy and canola, dramatic increases in canola and palm oil imports, or massive displacement of feedstock from other uses. Domestic biodiesel production is likely to be strongly impacted, with waste oils and fats in particular diverted to renewable diesel production.

Limits on feedstock availability and limits on the support available for renewable diesel production mean that the market will not likely support a 5 billion gallons industry in the near future. Even so, there is a high risk that increased U.S. renewable diesel production will indirectly drive expansion of palm oil in Southeast Asia, where the palm oil industry is still endemically associated with deforestation and peat destruction.