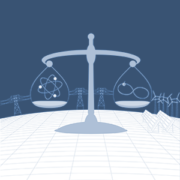 Defining renewability and additionality for renewable fuels of non-biological origin

In the European Union, renewable energy policy is guided by the Renewable Energy Directive, which sets targets for both overall renewable energy use and for the use of renewable energy in transport. In transport, the main route to supply renewable energy in the past decade has been the use of liquid biofuels blended into the petrol and diesel supply, complemented by some use of renewable electricity in electric drive vehicles. Moving into the 2020s, expectations are high for the development of a third route to supply renewable energy for transport, whereby renewable electricity will be used to synthesize “renewable fuels of non-biological origin,” or “RFONBOs.” While the EU’s Renewable Energy Directive (RED II) addresses the question of RFONBOs, it does not provide a final regulatory resolution on how they will be treated between now and 2030, as it calls for the European Commission to develop two Delegated Acts further specifying the treatment of RFONBOs. Current renewability methods for RFONBOs as laid out by the RED II may fall short. Setting renewability based on the grid average non-biomass renewable content would effectively rule out RFONBO production in most countries, while not ensuring further additions in countries with possibly viable production. Requiring a direct connection to a single renewable electricity facility may encourage the development of additional projects, but would impose significant costs by preventing maximum utilisation of electrolyzers. There is a strong case to add a third basis to identify electricity for RFONBO production as wholly renewable.

A system could be considered that requires direct financial relationships between RFONBO producers and renewable electricity generators through power purchase agreements (PPAs). Providing guaranteed customers and electricity prices to new facilities could have a material role in boosting project development. A requirement to form bilateral PPAs could be coupled to a certificate system based on the GO+ concept to deliver a much more robust form of governance for RFONBO production. The PPA+ system appears to have the most promise as a way to maximize the likelihood that additional renewable electricity capacity would be added to meet demand from RFONBO facilities.